How to get money fast?… Let’s face it, we all have faced difficult and perhaps emergency situations where we desperately needed some quick cash. It could be an unexpected car problem, loss of a job, holiday shopping or what have you. And that’s especially true these days. With so many people out of job across the US and indeed around the world, more and more people are running into such scenarios.

So, how do you get cash quickly? How do you come up with $200 in 2 weeks to pay your electricity bill when you are out of job and have no money? How do you make $100 in a day to pay for your traffic ticket that is due by tomorrow? How do you get $500 fast to get your car fixed which is your only way of getting to and from work?…


Join Swagbucks Now to Get $5 Free

While I don’t have a specific answer for every single scenario, I do have some experience in getting money fast when I needed it. The following is a true story about how my girlfriend and I were able to earn $1000 fairly quickly when were desperately in need of fast cash.

One of the best ways to make money without a job or even when you have a job but are short on cash is having a garage sale or yard sale . Garage sale is one of the most amazing ideas that can help both ways – It allows you to get rid of your unwanted stuff while making some quick cash.

At the same time, holding a garage sale allows other people, some of whom may perhaps be less fortunate, to afford stuff that otherwise they wouldn’t be able to.

Of course, not everybody who buys at garage sales is doing it because they don’t have enough money to buy brand new stuff, many skilled pickers use garage sales to find and buy antics and other valuable at dirt cheap prices and sell them for a profit. 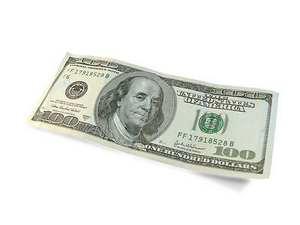 In late 2007, my girlfriend was laid off due to company down sizing. My online earning was not as it is today and my offline business (installing hardwood floors) was very slow since home prices were down like crazy. Nobody was buying houses and homeowners were reluctant to spend any money on their homes.

Want More Money?
If you have to only sign up for one paid survey site to make money with, I recommend Ipsos-iSay. Ipsos is the most fun and well-paying panel. Give it a try to see how you like it. It is free anyway!

So, we were in a bad situation where we had our mortgage payment, her student loans, both of our car payments, car insurance, utility bills, food and all the usual expenses most of us have nowadays. Thankfully, we had enough saved to get us through a while.

Unfortunately, her not having a job lasted longer than expected despite the fact that she was applying for 6-7 jobs a day, and my situation wasn’t getting any better either.

By may 2008 we were really struggling. June was approaching and we were short on cash. We had enough money to cover almost every single bill, but we were short about $600 on our mortgage payment.

We started brain storming about ideas on how to make quick cash. We thought about making money recycling stuff, selling ad space on my blog, starting a blog for her where she could share her experience about selling on eBay, etc. But non of those ideas were going to get us money fast.

We were pretty frustrated. Until one day while I was in the basement changing the filter on the air conditioning unit. All of a sudden I saw all of our old (and some new) furniture and other used items and realized that we had a great option for getting some fast money!… 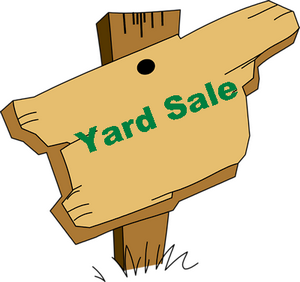 You see, I used to do floor jobs for lots of house flippers and lots of times, they would buy houses that there were sole old furniture and other stuff left in it. They didn’t want to deal with the stuff and pay somebody to get rid of them, so they were happy to give it to me for free.

I would pick this stuff up and stack them in my garage and the basement. My initial thought was that I was going to clean them up, slap a fresh coat of paint on them if needed and then sell them on Craigslist, as I were used to making quick money on Craigslist. But I had never gotten around doing it.

Also, my girlfriend used to own her eBay business where she would buy shoes from wholesalers and sell individually on eBay. But once eBay started increasing their fees left and right, she had to give it up since she wasn’t making any profit anymore. So, she had lots of  brand new shoes left over in the basement.

This was the perfect time to get rid of this stuff and make some money. So, we thought about listing them on Craigslist, but we realized since there were so many items, it would take a long time to sell all of them, and we needed the money pretty quickly.

We decided to do a garage sale. We got everything ready and decided to hold a two day garage sale since we had lots of stuff. So, in late may 2008, my girlfriend and I held our first ever garage sale.

The first day, which was a Saturday, we made most of our money which was around a little over $600. And the next day we managed to pocket an extra $300 or so. 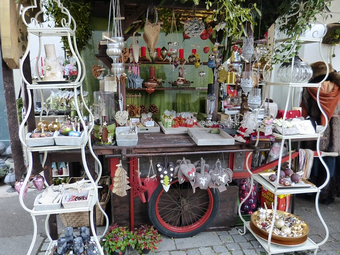 It was a huge success. We had our first ever garage sale and earned ourselves a combined $985.65! Since then, we have had many garage sales and although all of them were successful, non of them were quite as memorable as that first one. Maybe because we were really in need of cash and we were amazed at how easy it was to make almost $1000 in two days.

The side benefit of it was that we were also entertained for hours by lots of cool and interesting customers who would sit there and talk to us for a few minutes while their partners were browsing our merchandise.

That 900 something dollar was one of the fastest ways I have ever made cash. And certainly one that I will never forget.

By sharing this story I am hoping that it could help you guys come up with our own ideas in times of need so you can get through your financial ordeal as well. Believe me, there are many ways to make quick money. You just have to think outside of the box and be willing to do some leg work.

I hope now you know what to do when the next time you are in need of quick cash and are wondering how to get money fast.

60 Ways to Make Money Without a Job

12 Sites That Pay You to Play Games

101 Ways to Make Money at Home

7 Sites That Pay You to Search the Web

10 Sites That Pay You to Read Emails

13 Best Get Paid to Review Sites to Make Money with

55+ Websites That Will Pay You to Write & Blog

30 Ways to Make Money in College Without a Job